Representative Henry A. Waxman is in charge of California's 30th Congressional district. He is part of the House Energy and Commerce Committee. Ever since he began his career in the government business, he has been involved with health and environmental issues. He represents cities such as Santa Monica, Beverly Hills, Agoura Hills, Calabasas, Hidden Hills, Malibu, Westlake Village and West Hollywood, as well as such areas of Los Angeles as Beverly-Fairfax, Pacific Palisades, Brentwood, Beverlywood, Topanga, Agoura, Chatsworth, West Hills, Canoga Park, and Westwood. He was elected because he promised to work hard on public health and has been vigorously trying to reduce the public's use of tobacco. 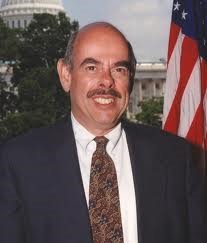 Representative Xavier Becerra serves as Vice Chair of the House Democratic Caucus. He owns a powerful role as part of the Committee on Ways And Means. His committee is in charge of our nation's tax, Social Security, Medicare, trade and income security laws. He is a great asset to the committee because he has dedicated his career to finding efficient ways to help low- income families. He was elected as the first Latino to serve on the committee. He is in charge of California's 31st Congressional District in the city of Los Angeles. The communities that he focuses on are: Atwater Village, Eagle Rock, Echo Park, Garvanza, Glassell Park, Highland Park, Hollywood, Jefferson Park, Koreatown, Lincoln Heights, Mid City, Montecito Heights, Monterey Hills, Mount Washington, New Chinatown, Pico Union, Silverlake, South Los Angeles, Vernon, and Westlake. 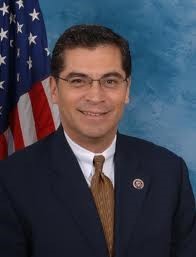 Maxine Waters serves as a Chief Deputy Whip and as a member of the Steering and Policy Committee, making her an integral part of the House Democratic Leadership led. She represents the 35th district. The 35th district covers a large part of South Central Los Angeles, Westchester, playa Del Rey, Gardena, Hawthorne, Inglewood, and Lawndale.  She is part of multiple committees and holds an essential role in each and every one. She is a member of the House Committee on Financial Services, the Subcommittee on Insurance, The Housing and Community Opportunity committee, the Subcommittee on Oversight and Investigations, The House Committee, and the Immigration Policy and Enforcement Subcommittee. 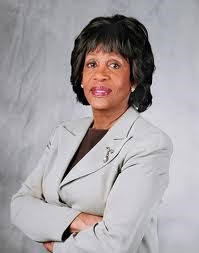 Karen Bass is the U.S. Representative for California's 33rd Congressional District. She has been selected by Democratic Leader Nancy Pelosi to serve on the prestigious Steering and Policy Committee which sets the policy direction of the Democratic Caucus.  Democratic Whip Steny Hoyer of Maryland appointed Bass to serve as an Assistant Whip. A Democratic Whip assists in managing the Democratic legislative program on the House floor.Karen was elected because she vowed to fight for jobs. 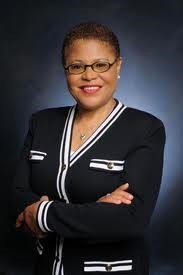 Lucille Roybal-Allard works out of two offices. A office in Washington and the other in Los Angeles. The Congresswoman represents the 35th Congressional District, which includes downtown Los Angeles, East Los Angeles, and nine southeast cites of Los Angeles County. She became the first Mexican-American woman elected into Congress in 1992.  She is a member of the House Appropriations Committee. She is the first Latina in U.S. history to be appointed into the Appropriations Committee. She also serves on the Subcommittee on Homeland Security and the Subcommittee on Labor, Health and Human services, and Educations. She over sees funding for the U.S. Department of Homeland security, U.S. Citizenship and Immigration Services, the Department of Labor, the U.S. Department of Health and Human Services, and the U.S. Department of Education.  She served as chair on the California Democratic Congressional Delegation in 1997 and 1998. This made her the first woman, first Latina and the first member to achieve this role through election. 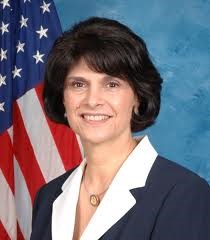 Want to master Microsoft Excel and take your work-from-home job prospects to the next level? Jump-start your career with our Premium A-to-Z Microsoft Excel Training Bundle from the new Gadget Hacks Shop and get lifetime access to more than 40 hours of Basic to Advanced instruction on functions, formula, tools, and more.

Other worthwhile deals to check out:

Join the Next Reality AR Community

Get the latest in AR — delivered straight to your inbox.

This is interesting and amazing because finally we get to know a little bit more about the local politians that work in Los Angeles.

Now I know who my politicians are it will be easier to contact them to bring a change in my community.